Welcome to the third edition of the Cherrywood Village community series. While a clear vision of the future is central to our masterplan, we also believe that an understanding and appreciation of local heritage and history cannot be left behind. Set on or in close proximity to Cherrywood Village, these sites are the backdrop to Ireland’s best connected new village.

The remnants of this pre-Anglo-Norman church can be found on Lehaunstown Lane. Tully Church is said to be associated with St. Brigid, this has largely been derived from the ancient crosses that are found nearby on Lehaunstown Lane and in Tully Park.

The construction date of Tully Church is largely unknown, but believed to be from the ninth century or even earlier. However, it has not been in use since circa 1640. This complex of protected structures will form the centrepiece to Tully Park when fully completed. 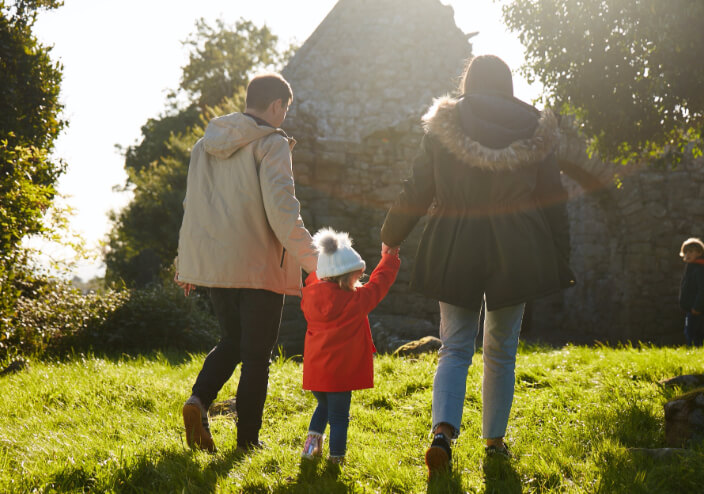 Just south of Cherrywood Village and accessible by either a 7 minute drive or 15 minute cycle is the Carrickgollogan Forest and lead mines. The two standout stops of Carrickgollogan are the viewing rock at Carrickgollogan hill and the now defunct Ballycorus lead mine chimney.

The viewing rock is the perfect end to a moderately challenging walk up the footpath to the top of the hill. Once at the summit, you are rewarded with stunning views across Dublin Bay and the Wicklow Mountains.

Though mines once went deep into the hills, the striking lead mine chimney is the remnants of the Ballycorus lead mine which was in use from the early 19th century right up until the mid 1920s. With the underground elements of the mine now sealed, this towering structure with its spiralling staircase is all that remains of this unique site. 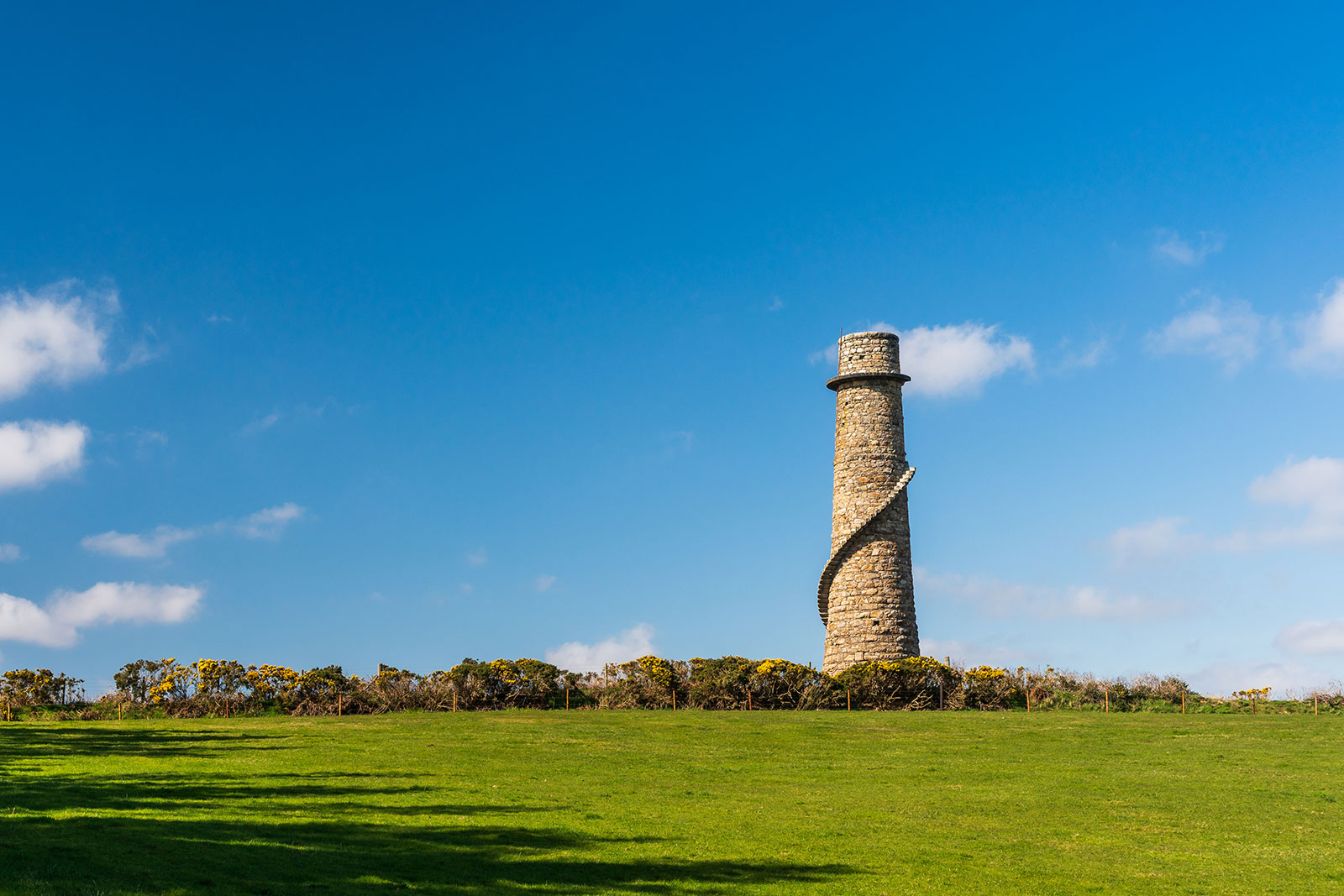 Dating back as far as the 19th century, sea swimming has been a favourite pastime of Irish residents. Historic bathing sites are dotted all along the east coast of the country and there are none more iconic than The Vico Baths.

With magnificent views of Killiney Bay and Dalkey Island, there’s a strong case to be made for the Vico Baths being one of the best locations in Ireland for an impromptu swim. Just a 15 minute drive from Cherrywood Village, The Vico Baths are also accessible via cliff walk on calmer days.

Originally a ‘Gentleman’s Only’ bathing area (with the sign still visible to this day), the introduction of segregated bathing areas came about in 1889, and today in 2021, The Vico Baths are a favourite spot of residents from all across Dublin and are sure to be frequently visited by residents of Cherrywood Village once restrictions are lifted. 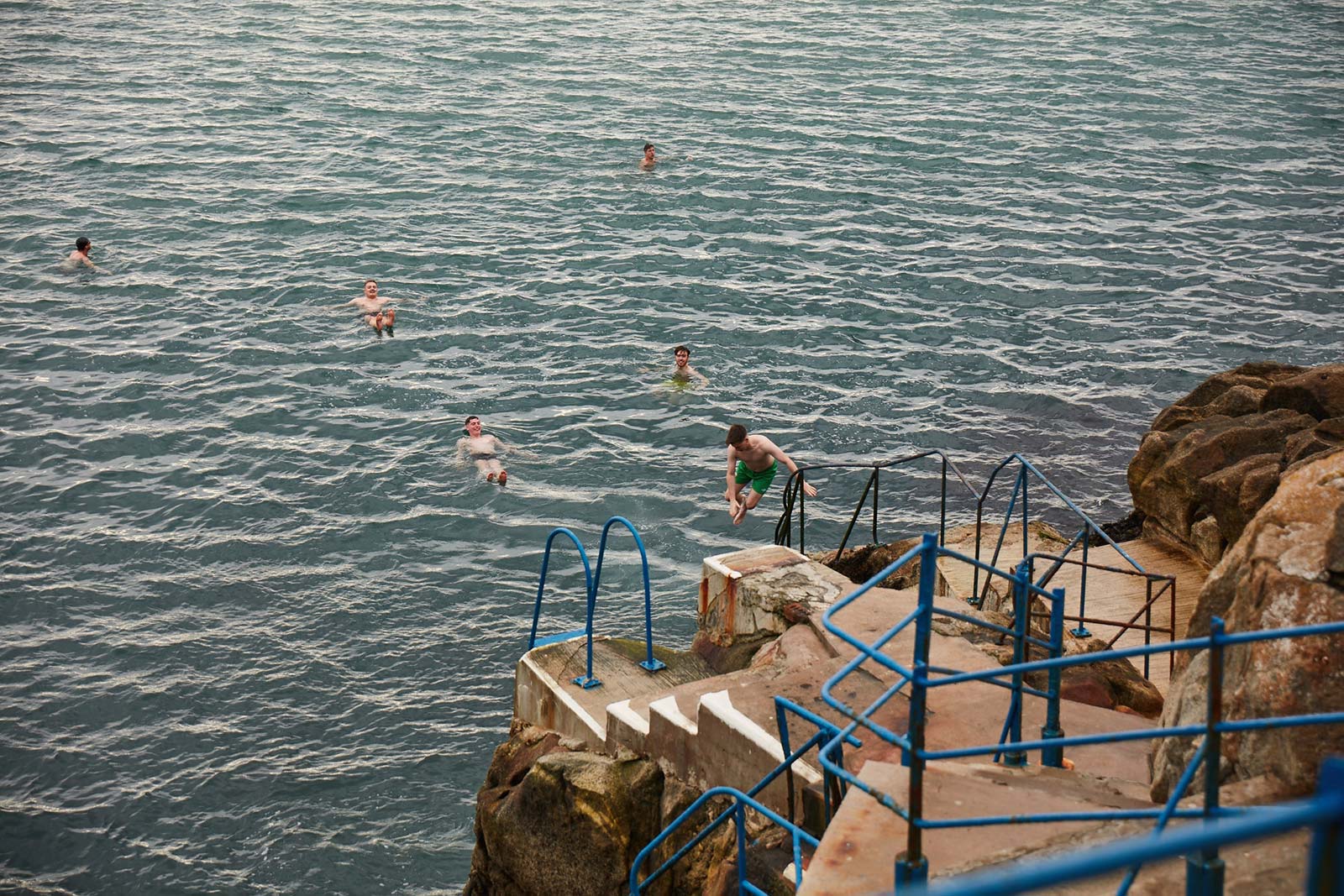 Set on 7.5 acres of glorious parkland, and drenched in historical significance, the incredible buildings that are located on these lands have evolved remarkably over the years, adapting to the needs of the people. Originally constructed to protect the southern barriers of the Pale from the Irish tribes attacking from North Wicklow, Lehaunstown House was built as a defensive tower house in the 15th century. Often called ‘Lehaunstown Castle’, fortified residences like this can more accurately be described as tower houses.

As time passed, Lehaunstown House would go on to become a handsome farmhouse connected to a busy working farm by the early 20th century, with the complex of stables still standing on the grounds.

These buildings will be safeguarded for the future, with development to this area to take place in close consultation with historic maps and ensuring that any redevelopment respects the original structures but has its own contemporary architectural style, using materials which are as high in quality as those in the existing buildings. 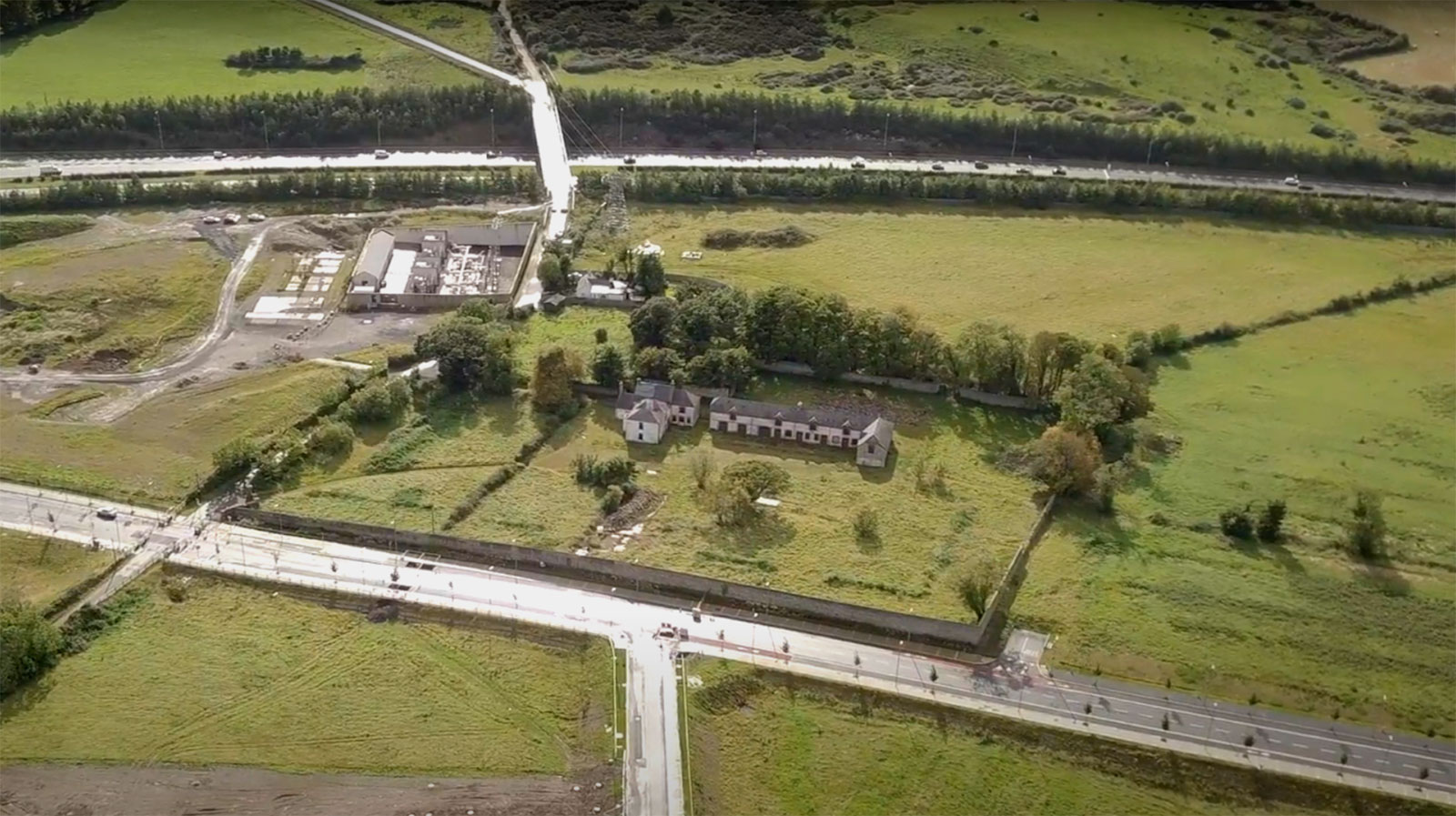 Exploration will be a key part of living in Cherrywood Village. Staying connected to the heritage and history of your local landscape allows you to form a bond with the place you call home, providing you with stories to tell friends, family and future neighbours of Cherrywood Village. Our masterplan further details our vision to respect the rich past of the South Dublin landscape while adding parks, greenways and amenities that the Cherrywood Village community can explore for years to come.

< Back to Latest Updates

A member of our team will be in touch soon